Authors:
Quotes › Authors › S › Susan B. Anthony › Another writer asserts that the tyranny... 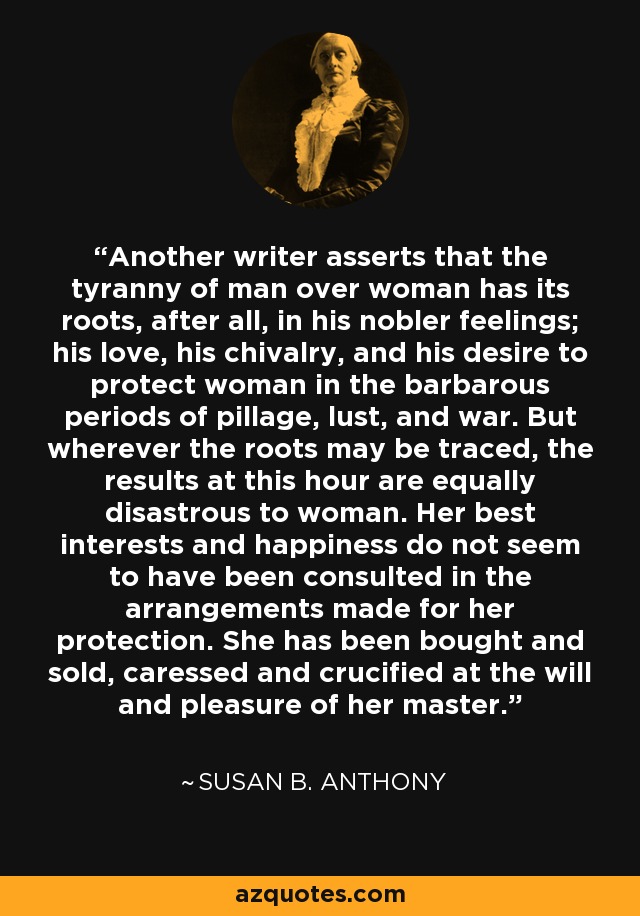