Authors:
Quotes › Authors › R › Ralph Waldo Emerson › Skepticism is unbelief in cause and... 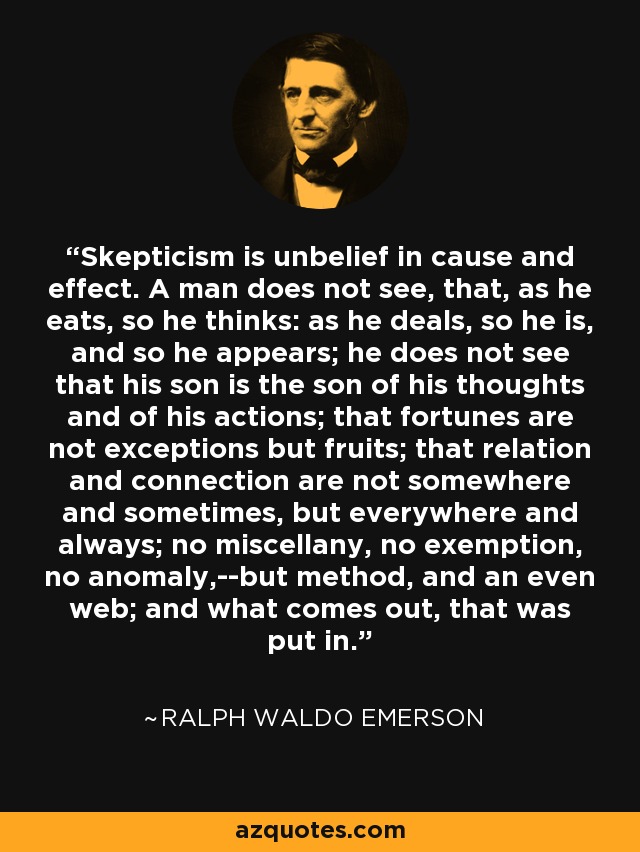