"I believed Afghanistan was always going to be hard. It's the fifth poorest country in the world. And when you fly over it, you realize that there's not much there. And, of course, it has the problem, too, of being on that border with Pakistan in basically an ungoverned region that has given the terrorists a staging ground. So it's a very difficult place. But I do believe that the mission there can succeed if success is defined as helping the Afghans to prevent the Taliban from being an existential threat to the Afghan government." 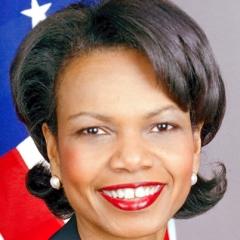