"[Malcolm Fraser] went straight from Melbourne Grammar to Oxford. And he would have been a very lonely person, and I think he probably met a lot of black students there who were also probably lonely. I think he formed friendships with them, which established his judgement about the question of colour. That’s my theory. I don’t know whether it’s right or not, but that’s what I always respected about Malcolm. He was absolutely, totally impeccable on the question of race and colour." 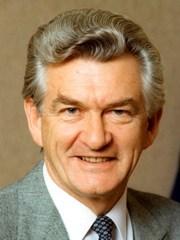