"The Germans, for example, have some kind of compromise between single-member and broader districts. In Israel, you have nothing, you have only a national election. You have no local districts at all. And that's because of the idea that in addition to other ideological differences, locality matters. The question is does the congressman represent his district and the interests of his district? And as I said there's quite a variety of systems the democratic world. The implications need to be examined." 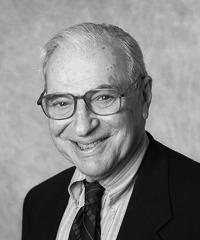