"If you're a status quo writer, you're considered to not be political but that's as political as if you're a progressive writer. Some politics are asked to show their passports and others aren't. In the Dominican Republique, if you're slightly progressive, people have a lot of suspicions that you're up to some sort of conspiracy, that this is some sort of plot. On the other hand, if you're conservative and mainstream, people tend to take that as a given and don't notice the politics." 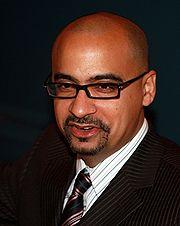