"I would never want to pass a law limiting freedom of speech, but that doesn't mean we have to condone statements that undermine basic national unity and respect. Imagine being asked to defend a country where some citizens say the man in the White House isn't their president. Or a major presidential contender accuses the commander in chief of not even being a U.S. citizen. Those kinds of statements erode trust in our democracy, and it's up to both parties to publicly reject them. We have to restore confidence that we are a nation that loves and believes in itself." 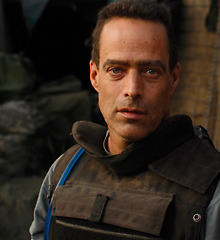