Authors:
Quotes › Authors › M › Margery Allingham › Infatuation is one of those slightly... 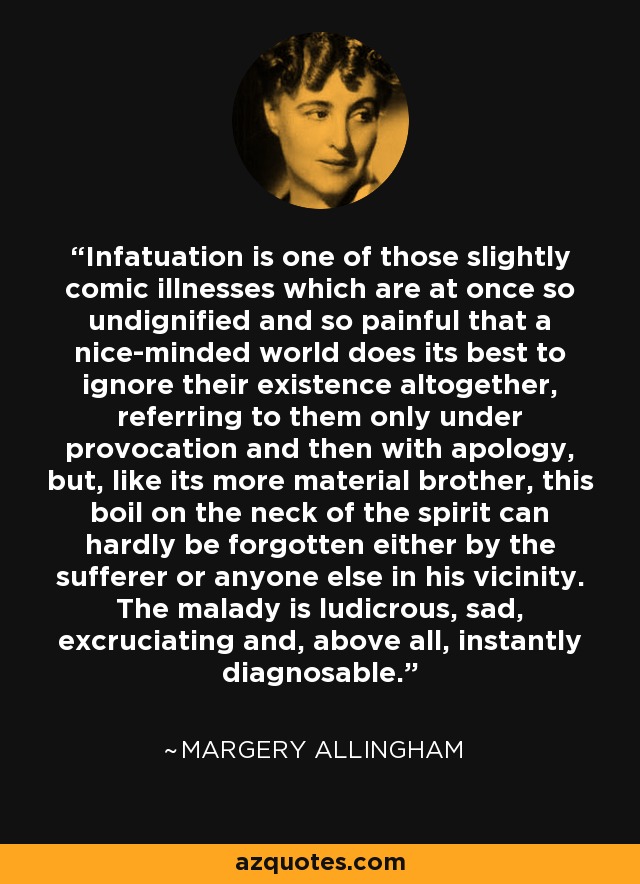