Authors:
Quotes › Authors › M › Michel Foucault › Confined on the ship, from which... 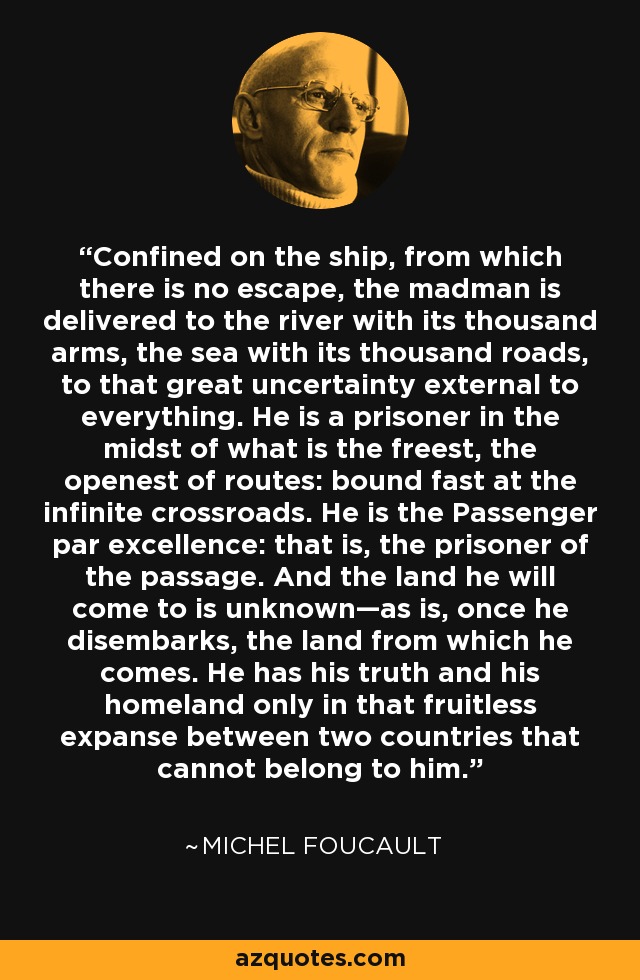