"Probably it's insufficient to say that behind the governments, behind the apparatus of the State, there is the dominant class; one must locate the point of activity, the places and forms in which its domination is exercised. And because this domination is not simply the expression in political terms of economic exploitation, it is its instrument and, to a large extent, the condition which makes it possible; the suppression of the one is achieved through the exhaustive discernment of the other." 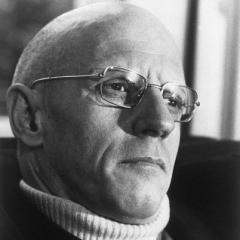