Authors:
Quotes › Authors › C › Cheikh Anta Diop › The generation that followed did not... 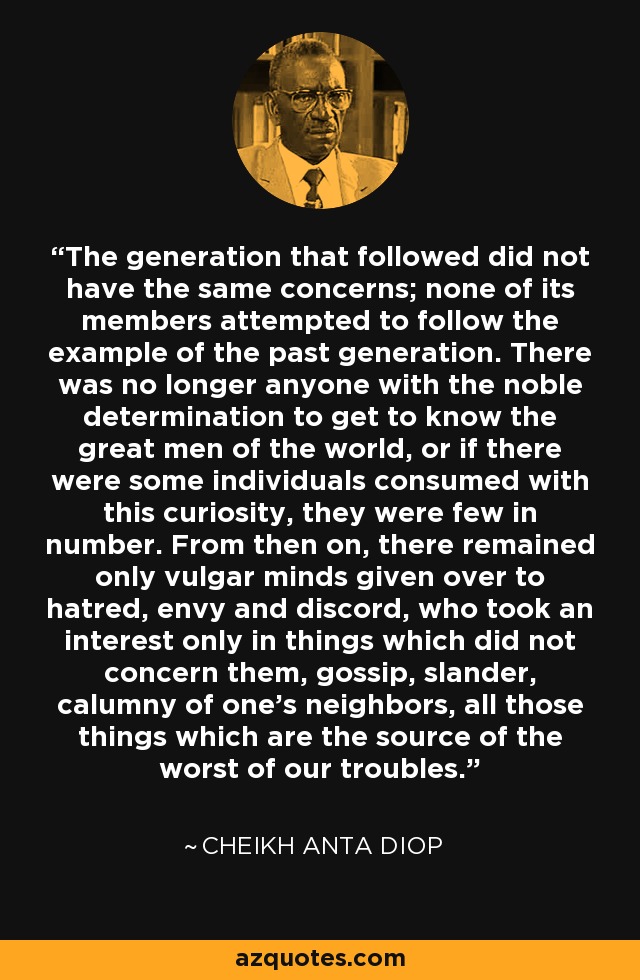