"I know it feels like two steps forward and one step back, but we are making progress. In my lifetime, I have lived through one World War, I have lived through the end of Apartheid in South Africa, the pulling down of the Berlin Wall. I have experienced what I never thought I would have experienced, which is a pretty workable peace in Northern Ireland, and I experienced a unified Europe - until the Conservative government got its hands on the idea that in order to appease a few back-benchers they would hold a referendum, what a disastrous idea." 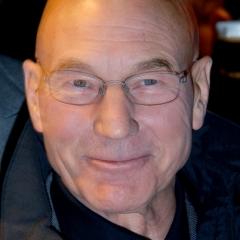