"Scientists had said, "If you keep burning coal and gas and oil, you will melt the Arctic." And then the Arctic melted just as they had predicted. Did Shell Oil look at the melt and say, "Huh, maybe we should go into the solar-panel business instead?" No, Shell Oil looked at that and said, "Oh, well, now that it's melted it will be easier to drill for more oil up there." That's enough to make you doubt about the big brain being a good adaptation." 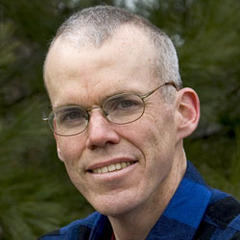