"The rest of Russia is watching the same television that Vladimir Putin is watching. As far as they're concerned, Pussy Riot was rightly convicted of blasphemy, and Putin has now finally showed some mercy and let them out early so they could spend New Year's with their kids. He was nice to them even though they are really nasty. That's the dominant view. This really is a war and the front line is really firm." 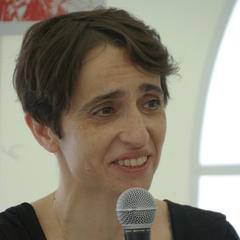