"Malcolm X had a clear vision and an understanding that we were - that he was a part of a broad freedom struggle. As his vision became more internationalist and pan-African, as he began, especially in 1964, after seeing the example of anti-colonial revolutions abroad and began to articulate and incorporate a socialist analysis economically into his program, he clearly became a threat to the US state." 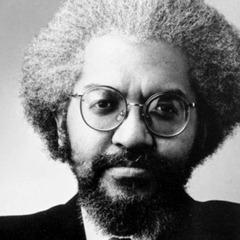