"If you were to do the world championship of victimhood in modern times, then the finals would probably be between Jews and Palestinians. I think the Jews win: we, Isralians, go from the Spanish Inquisition to pogroms to the fake Protocols of the Elders of Zion to World War II and the Holocaust - it's a horrible history. And if you look at the Palestinian world, victimized by every entity in the Middle East, they were massacred in every country. I think that, in Israel, the greatest fear that people have, and I have it, too, is this fear of genocide." 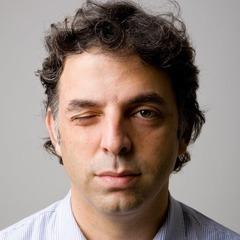