"One of Donald Trump's criticisms of President Barack Obama and of Hillary Clinton was that they seemed reluctant to use the words radical Islam. It was not just semantics. Trump said it's important to name the enemy idea and then attack it. Consider the Cold War. The U.S. and its allies waged a kind of propaganda war against the communist idea using radio broadcasts and other tools. Trump has said he'd do the same against Islamic extremism." 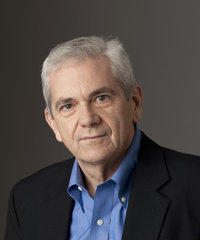