"I see a steady downward slope toward oblivion over the next three years. I'm pessimistic. Everything that's happened to me so far has been kind of flukey. I went into Twentieth Century because I wanted to work for Hal Prince. The part was too small according to my agent. I had been doing only leading parts, and he thought I should continue that. But the part was enlarged in rehearsal: songs were added, and it became more physicalized and showy. Then I won awards and got attention." 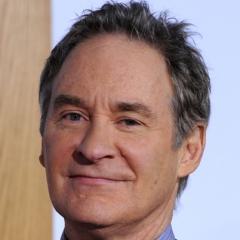