Authors:
Quotes › Authors › H › Hugh Nibley › There is no patriarchy or matriarchy... 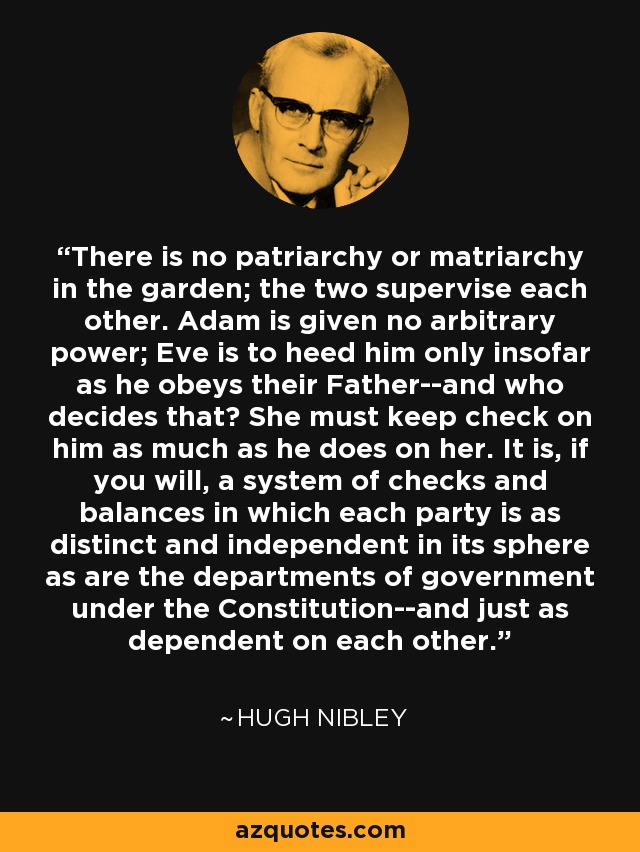