"George W. Bush is a person who is totally disinterested in the world, uneducated. I'm not saying he's stupid. I don't think he's stupid. He's crafty as hell, but he projects well on television. And that's the real big problem. He is the perfect "what, me worry?" president." 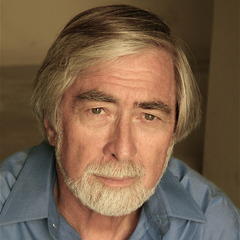