"I like [ Rick] Santorum personally and respect him, but you wouldn't say that he was really that strong of an opponent. At the end of the day it wasn't like [Ronald] Reagan running against [George] Bush, or [George W.] Bush against [John] McCain, even. It's sort of surprising that Romney had as much trouble as he did, and I think it shows a weakness in appeal to those voters." 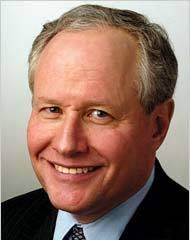