"In the U.S., African- Americans, no matter what we do - when we sit in, when we freedom ride, when we kneel in, whatever it is, the initial response from the public tends to be overwhelmingly negative, because basically we're kind of raining on folks' parades. As time goes on, the Muhammad Ali's and all the people that raised those issues, they then become heroes later when people reflect on the courage they showed and the issues that they raised. And Donald Trump is in danger of being a more and more reviled figure as the years go on." 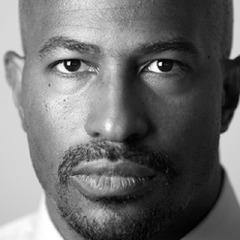