"I think that you're smarter than we were, but we had two things: one is, in our naïveté we believed we could change the world. And number two, we believed that another world was possible. And once that belief took hold of some critical mass, a tiny minority nonetheless, but a critical mass of people, then the world did change." 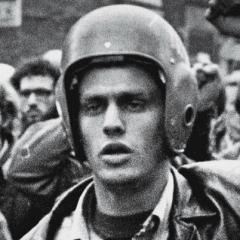