"The problem is that humans have victimized animals to such a degree, that they aren't even considered victims. They aren't even considered at all. They're nothing. They don't count, they don't matter, they're commodities like TV sets and cellphones. We've actually turned animals into inanimate objects - sandwiches and shoes. It is the greatest magic trick ever performed." 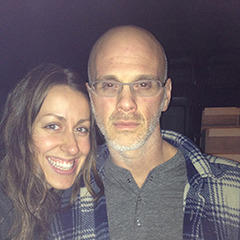