"The time came around where the label was like, "Well, if you want something to come out in early 2017, it's going to have to be done by, like, so-and-so." So I plucked some of the old songs and wrote some new ones. Everybody keeps asking me, "Is this your L.A. record?" I was doing songs in a bedroom in New York, I was doing it in a bedroom in L.A. The only difference is when I look out the window, there's palm trees instead of snow." 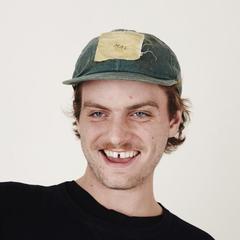