Authors:
Quotes › Authors › R › Robert Conquest › The Idea of Anti-imperialism is... to... 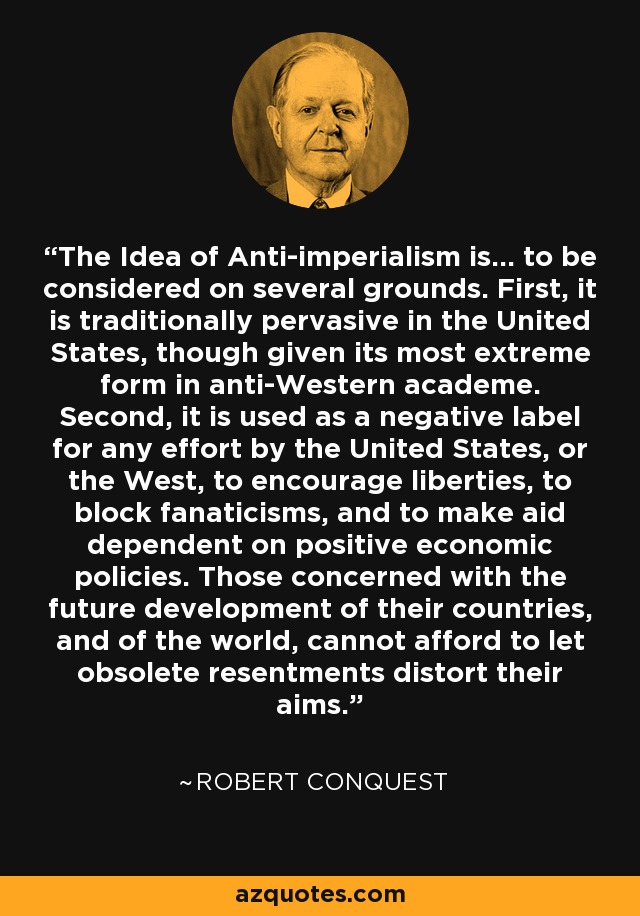