"We are living in a world in which we don't give the young enough reason to live. The temper and the lyrics of a lot of punk music and so on is very, life sucks and then you die, sort of theory. I feel life is cheaper and death is more attractive now than it was when I was an adolescent, as I remember. Suicide was a personal pathology when it was committed. There was no society approval of it, like there certainly is in Palestine and some quarters of Iraq." 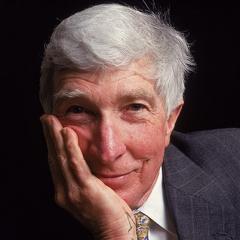