"I think the most important thing is the American people have lost trust and confidence in the people they have sent up to Congress as elected leaders. And I think that it is so important to reconnect to the people. And I think that the last election showed people weren't running back to the Republican Party. They did show that they weren't happy with the policies coming out of the Democrat Party. But they are trying to find individuals that will go up and be their voice, that will resemble them, that will take their cares and concerns to Washington, D.C." 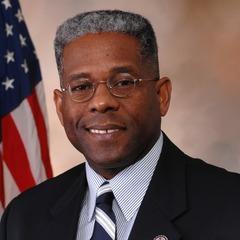