"The amazing thing about working on new platforms is that there is a great deal of excitement. You know, these things - they're brand new. They're trying to figure it out. And so if you're a show that they're supporting, they're going to put a tremendous amount of energy behind you. They're open to new ideas, new ways of promoting a show, and I think that feels really exciting, because network TV sort of feels like a formula. They give you a couple of weeks, and if it works, it works, and if it doesn't, you're most likely going to get cancelled." 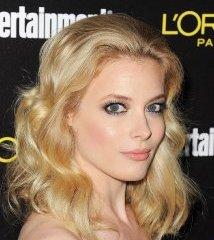