"I made this bad joke on Twitter saying, "I want to put in my first no-bid contract to train the Libyan army and police force." These counter-insurgency guys like to say, "We don't do the big F-16 or big boondoggle projects, we're not pulling this stuff because it's good business." But in fact it turns out there are tons of business opportunities involving counter-insurgency operations - and it's not like we're getting rid of the boondoggle programs either, we're just doing more of everything." 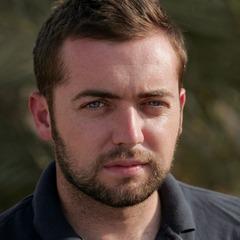