"One thing that is very different technically is that you don't get a lot of coverage in television. Not like you do on a film. I know we don't have time for separate set-ups, so I will design a scene where I'm hiding multiple cameras within that set-up. That way, if I don't have time to do five set-ups, I can do four cameras in one set-up. It's a different kind of approach for that. For the most part, a lot of television, in a visual sense, lacks time for the atmosphere and putting you in a place." 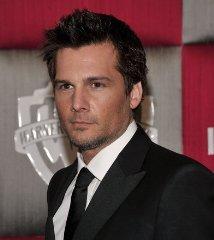