"Anything an artist does is to show ourselves as we really are, which is a complex thing. I don't think that one work of Philosophy or Art, or Letters, or Acting, or Middle Playing, or Tightrope Walking, or Flea Circuses has made mankind better, if by better you mean kinder, wiser, more tolerant of each other. One thing self knowledge. Knoticayton: know thyself." 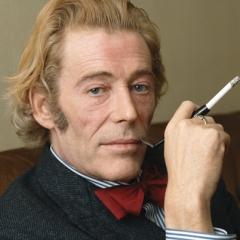