"For me, when we came out with a TV show, my HBO show, so much of the feedback was, "How do I do it?" And my response was always the same: "Just make something." Stop talking about it. You do in a way that the work takes on a life of its own. Like the "Signature" series [(2008), in which the artist trekked across the United States in the shape of his own signature] was a simple concept that became this story about the people you met along the way." 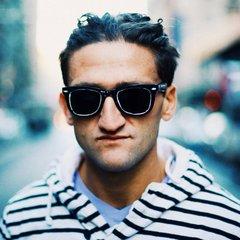