"I don't know where you're reading all this stuff, but it's pretty accurate, yes. It was in 1942. I was on a ship called the Accelo(ph) coming back from the Red Sea and we were sunk off the coast of Africa by a German submarine. And I was in a lifeboat for 14 days and landed and lived with the Pondos in South Africa while - who took care of us and took care of me. I had some wound in my left leg." 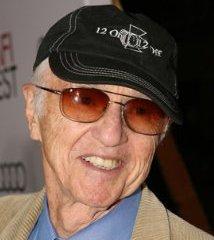